What Does TODAY Tell You About Future Success?

Your future success is no longer an “if”. You know that there is a balance, and right now you’re on one end of it. Eventually, you can only find yourself on the other.

An Opportunity For Joy

As we were getting my daughter Addie ready to play outside in the snow, my wife said, “I know the last three years have been hard but I like the fact that when I get a snow day, you’re here to share it as a family.”

Indeed, the last three years have been a really difficult time for us. I quit my full-time job in May of 2013 to start our own business while Emily stayed as a school teacher so that I could get things up and running. During that time, we’ve had a baby, I’ve transitioned in and out of part-time and freelance work, and we’ve both found renewed focus in the things we’re most passionate about.

Meanwhile, the business hasn’t really taken off like we’d hoped. As a result, Emily hasn’t yet been able to move out of the teaching career. We’ve had to scratch and claw to pay the bills. It’s caused stress, anxiety and bouts of depression. It definitely has not been easy.

But what my wife said caused me to look at things in a completely different way.

Right now, though we are busy, we also have a fair amount of freedom in our schedules. Since I don’t work a “normal job”, my hours are, in a sense, whatever I make of them. So when Emily does get a day off due to snow, I’m already home to share the free day with her and the baby. Beyond that, the schedules we’ve been keeping have otherwise allowed us the kind of time with our daughter that not a whole lot of other people get.

Seeing The Seeds Of Future Success In Today

This sounds like a blessing in disguise to begin with. But then you have to add another thought to it. If Emily and I are to be successful with the kinds of things we actually want to do, not only would we not have as much of the freedom to see our kids as much as we’d like, we’d be lucky if we saw them a fraction of the time that most people get to see theirs. Essentially almost the entire other end of the spectrum. 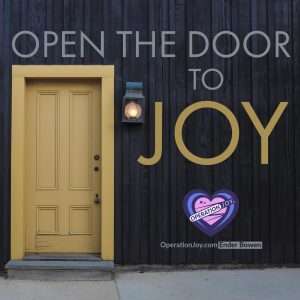 The careers that Emily and I want for ourselves are fast-paced, time-consuming, and in many cases require us to be away a lot. That’s something we’ve always known and have always been prepared for.

Knowing this, it puts the past three years of financial and emotional hardship in another perspective. Maybe it’s been so hard for so long not just because we haven’t found our proper place, learned the proper things or in general been fully prepared for the next step – maybe we’ve been given something more than a blessing. Maybe we’ve been given a gift.

Our future success is no longer an “if”. We know that there is a balance, and right now we’re on one end of it. Eventually, we can only find ourselves on the other.

Future Success… The Other Way Around

Traditionally, when developing their careers and working toward completing life goals such as ours, most people don’t have kids until they’re firmly in a place that they can do so. That’s if they even want them.

Emily and I always wanted kids, but because our paths have moved the resolution of our career goals further down the line than most people experience, the chances of us having kids after “making it” would be relatively slim. As a result, we probably would have had the careers, but not the children. And that may have been a life unfulfilled.

So we left it up to God, and He showed us another way. He showed us that you can do it backwards. We have a child; we most likely will have another. And we did that first because had we done things the other way around we might not have done that at all. We might not have been able to do it.

Simply another thing that tells me future success is an eventuality.

If things seem difficult – if you don’t feel like you’re getting closer to your career goals or you have otherwise experienced a years-long period of hardship and struggle – take a deep breath and a step back.

It may not be obvious at first. You may have to think hard and you may have to look a little deeper. But I can almost guarantee you it’s there.

It’s the balance that gives you a peek into your future success.

And it will tell you just what it told me – your success is an eventuality. It’s a when, not an if.

Stay focused, work hard, don’t give up. And appreciate the gift you’ve been given now, because you might not always have it.