Why You Should Always Keep Moving Forward

You may feel like you’ll never be successful, but if you keep moving forward, learn from your failures and ultimately don’t give up, you will find success.

Some years ago I wrapped up editing on a short film called Are You Listening. Written by my wife Emily Steele and serving as the first real production that she fully headed up and championed, it was one of those little experiences that came together quite quickly. The script itself had been written sometime in the summer of 2014, and had been intended for a completely different purpose. But when that didn’t pan out it was evident that it would serve as a great film festival piece.

So it was that Emily put together a team featuring Kenneth Garner at Director. She then added the acting chops of Dean Kostlich, Mykie Fisher and Jonathan Everett. We were fortunate to have worked with all of these talented folks before. And they all agreed to do this project free of any monetary compensation, which was a true blessing. Locations were booked in the Fall and the film was shot on two separate weekends. A phenomenal experience that, I believe, everyone felt positive about.

Emily immediately launched the website (linked above) and put together the Indiegogo page to raise some money for festival submissions and travel (to any we were accepted to). We had very high (and rather naive) hopes for this as we felt it was a perfect festival film.

But as 2015 rolled in it became evident that we had misjudged the festival pulse. We went months getting rejected, despite the fact that I kept saying “hey, we’ll get into something.” After a while, however, we began to feel like we would never be successful. Not just with this film – with anything.

Hey, that’s artists for ya. The struggle is real. Overdramatic maybe, but real.

I’ve seen her sit with a script she’s just been handed (either by a friend or a writer that trusts her instincts – how is that alone not proof) and immediately be able to not only find the story he or she really wants to tell but to quickly make suggestions on how to bring that story out. She’s taken stuff that I’ve written and told me why it doesn’t work (and she’s always been right). And I’ve watched as she’s been handed a tiny set of ideas (barely an outline or treatment) and turned that into a fully-functioning story worthy of a talented screenwriter.

And when the people who come to her get frustrated or feel down (because that’s sometimes just how this process goes) she always tells them to keep moving forward. And if they have a great idea – don’t give up!

She and I study movies and their writing very intensely, and I’m always completely in awe of what she manages to pull out of it – her understanding of why something works, why it shouldn’t work and why it probably won’t work is just plain nutso for someone who has never “academically” studied this stuff before. It’s pure instinct that I know she was born to do this. It’s how I know if the right person were to see what she can do there’s no way she won’t disappear into orbit. (As an aside, she feels the same way about me and my music).

So it goes without saying then that it was driving me crazy to see her get rejected again and again and again. I hated to see her disappointed like that, especially when we had all been convinced (again, rather naively) that this was a great way to get her talent exposed and push her to the next step.

And, of course, with all the above it was completely natural to feel like we would never be successful.

But, as she said to others, we said to ourselves, “Don’t give up. Keep moving forward.” We thought we had something worthy of an audience, so we persisted. 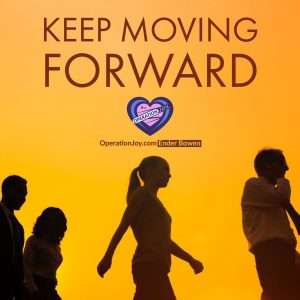 Time passed, but as the summer winded down, Emily received a couple of acceptance notifications! The first was to the Great Lakes International Film Festival in Erie, Pennsylvania. The second was to The Smoky Mountain Film Festival in Gatlinburg, TN. We knew it would be rather unlikely that we could get up north for the Great Lakes festival, and since I’d never been to Gatlinburg and we didn’t get to properly celebrate our anniversary, we decided we’d take the weekend and experience the Smoky Mountain Film Festival.

And while I’d love to talk about the whole weekend, I figure that’s another story for another time.

I’ll just give you the particulars.

The first is that we didn’t know who was nominated for what (or if we would even be nominated at all) until the morning of the actual awards ceremony, so we spent most of Saturday nibbling our nails, so to speak. But as dawn approached on Sunday, Emily was elated to find that she had been nominated for best writer!

The second is that Emily won the freaking award!

And I daresay that makes up for all the previous disappointment!

It’s also proof that if you don’t give up and keep moving forward, you’ll ultimately find success.

Learn From Disappointment And Don’t Give Up

Truth be told, there’s a lot we learned by going through the whole festival submission and rejection process. 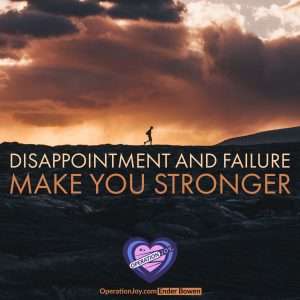 In reality, we should have done a lot of research to find out which festivals were the best to put in a film like ours. We shouldn’t have just picked places we would like to go and submit willy-nilly. It doesn’t work like that. You need to really know what audience you expect to target. Learn what audiences attend or become the focus of a particular festival, and aim for that.

We didn’t do any of that kind of stuff. We just said “Vegas? Yeah, any excuse to go to Vegas!” and there it goes!

We should have thought a bit deeper about that. But it’s okay, because, again, we learned something from it. I think as long as we did that we didn’t truly lose.

As it is, Emily has yet another “Best Writer” feather to put in her cap.

Oh, yeah, this Smoky Mountain one isn’t her first.

And it certainly won’t be her last. I guarantee you that.

Because even with a little bit of success, we are both going to keep moving forward.

4 Comments to “ Why You Should Always Keep Moving Forward”