As you grow older and your life, career, environment and times change, you may expect to lose those “good times” you used to enjoy. But if you remain open to new experiences and new Joys, you will find that while times may change, good times don’t.

A decade ago, my wife (then girlfriend) Emily and I attended our first full-blown St. Patrick’s Day celebration together. We arrived to Dan McGuinness on Demonbreun as early as we could to ensure we’d get there before the place was packed and that we wouldn’t have to stand in line for hours just to get a drink. I assure you, plenty of Guinness, car bombs and cigarettes were had. We sang, we danced, we used porta-potties (or a sink, I think, in one case), and didn’t leave until the sun was well below the horizon. We made new friends, bumped into old ones, and basically let the day take control of us. 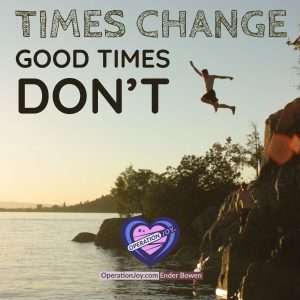 The next morning, heads throbbing and mouths tasting like ash trays, we hoarsely agreed that St. Patty’s day was going to be our new thing. In fact, it would be our own Valentine’s Day. We didn’t put much stock in Valentine’s Day – we didn’t need some random day of the year to tell us how to be romantic with each other, after all.

We’d let the Irish (and Guinness) do that instead.

So, for the next six or seven years, St. Patty’s Day at Dan McGuinness was definitely our thing. It was such a big deal that if it fell in the middle of the week, we took the day off from work (and the next day too). We’d get as many of our friends to join us there – even if it was only for a few hours. We would get there early and stay late. We’d drink as much as we could and smoke as many cigarettes as our lungs would allow us. In fact, I think we might have had to occasionally borrow another lung.

Hey – it was our day to miscreants! Or “Demonbreun Debaucherauntes” as we would sometimes say.

Okay… we never said that. But we could have. Would have, had we thought of it then.

Nonetheless, good times were always had on St. Patty’s Day at Dan McGuinness.

A Reminder That Times Change

I was reminded of those St. Patty’s Day excursions when, this past March 17th, Emily mentioned the first one in a Facebook post celebrating its tenth anniversary, pictures included. There we were – our younger, snarkier selves, raising a glass, having pints with friends.

And here I was, looking at that post, with a screaming four-month-old in my lap, and another four-year-old bounding around the room singing God-only-knows-what. Emily wasn’t around – she was working on the set of a television show. And this was a Saturday – the perfect St. Patty’s Day! How were we not taking advantage of it?

In truth, we hadn’t taken advantage of St. Patrick’s Day in quite a while. Dan McGuinness – the place where we’d not only debauched ourselves, but where Emily and I had first met, and where we had had our rehearsal dinner – disappeared a few years ago. The old gravel parking lot on Demonbreun has been replaced with high rises, forever erasing the old landscape.

And, of course, we’re now raising little miscreants of our own.

We spend much of our time now fairly exhausted, busier than we ever thought we could humanly be, and typically sleeping if we have a moment where we’re not doing the other two things. We’re raising kids, building worlds, growing a network, and attempting to help others in between.

Something Less Than Debauchery

The same day that Emily put up that Facebook post, my daughter Addie and I were eating lunch at the breakfast table and, as usual, I prepared to choose a vinyl to put on in the background. Always aware of when I’m thumbing through my records, Addie insisted I play “Some Might Say” by Oasis. So I obliged, and in moments she was up dancing and singing. I didn’t care that she still had food on the table – our four-month old JJ was smiling and giggling, and I was drawn into the fun, singing and dancing along with my daughter. She named off a few more Oasis songs and we danced and sang along to those, as well. 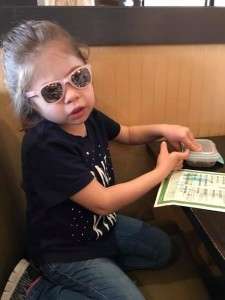 After lunch, we snuggled up on the couch to watch Nashville SC play Louisville. As the game was winding down, Emily returned home, and we went out for a nice, fun dinner at O’Charley’s (the closest thing to Irish we seem to have here in Hendersonville right now). We spent the dinner laughing and talking, with Addie being her entertaining self nearly the whole time.

Upon returning home, the rest of the evening was spent watching random music videos and Adventures In Babysitting (which is quickly becoming one of Addie’s favorites – she insists on acting out the introduction where Elisabeth Shue dances to “Then He Kissed Me”). JJ had a bottle of formula, Addie drank a cup of milk, and I relaxed with a pint or two of Guinness.

Surveying the room that evening, ten years after Emily and I first experienced St. Patty’s Day together, I couldn’t believe how much times had changed. A decade ago, Emily and I were downtown, partying away the day, having truly good times that seemed like they would never end.

On this night, there were no porta-potties, cigarettes or car bombs. We relaxed on the couch, entertained ourselves with kids and a movie, and had what many would consider a very “tame” holiday.

Tame, sure. And certainly much different. But it was every bit the good time we had ten years ago.

And ten years from now, we will be having good times that don’t look anything like this.

Just as long as we remain open to them.

How have times changed for you? How have your “good times” changed over the years? Have you found yourself surprised by good times that you didn’t expect to experience? Share your story below!